Weddings are the auspicious occasion when two souls unite to fill each other’s life with colours and happiness. The Manipuri people or meitei people use the local term “luhongba” for marriage which means the union of a man and a woman implying oneness in their heart.

The Meitei people stick to their original tradition without any influence of western or modern culture. This adds more beauty to their culture and reflects its purity.

The meitei weddings classify themselves as elopement and arrange marriages. Though all the rituals are the same in both marriages, the initials are a bit different.

Since in an elopement the bride and the groom have chosen each other, only the way they meet differs from an arranged marriage. Let’s have a brief about Manipuri wedding rituals.

Hejiapot is an engagement ceremony usually held in the bride’s place. On this day the groom’s family visits the bride’s place with loads of food, fruits, gifts, jewellery and clothes in a Heijing Kharai, a decorated bamboo basket. The family also carries engagement rings along with them. Now this ceremony is slightly different from the usual ones. Since the bride and the groom can never meet before the wedding, the ceremony is enjoyed alone by both families.

After the celebration, the priest declares the auspicious time and date when the couple will tie the knot. Then, the groom’s family leaves and the bride’s family and friends enjoy treats and celebrate the moment of happiness together.

In Bor Baton, a formal invitation is sent by a young boy to the groom for the wedding on the early morning of the ceremony. The brother of the bride invites the groom to the ceremony by placing a garland (Pana Kwa) of betel leaves, betel nuts and banana leaves, all threaded in a white cloth.

Meanwhile, Leilenga ritual is done simultaneously in the bride’s house. The bride weaves two garlands- one for herself and the other for her husband-to-be. She weaves the garlands of a particular flower, locally known as Kundo in the presence of a priest enchanting the holy prayers for a happy married life.

In Bor Yatra, the groom sits on a mat with a white cloth covering him. The yagna is performed after which the groom along with his invitees heads towards the bride’s house with a Chaisel (umbrella) and mirror.

The traditional wedding dress of the bride is influenced by the Radha-Krishna dance called Rasleela. The wedding dress of the bride is way more unique than any other Indian bride. The Manipuri bridal dress is drum-like and is called Potloi which is hand-embroidered and has a religious significance. The bride wears a traditional skirt, silum(blouse), dupatta, pindhan (red and black sarong) and jewellery on her wedding day. Her head is covered with

beautifully embellished headgear. The Manipuri bride is not adorned with too much heavy jewellery, instead, the Manipuri wedding jewellery comprises basic jewellery like earrings, nose pins, bangles and a necklace. They do wear a Likhom which is a long necklace covering their neck.

The wedding attire of the groom is the simplest of all. He wears a simple white dhoti and a kurta. His head is wrapped with a simple yet beautiful headgear along with a shawl. The plain white shawl is considered necessary for embarking on the purity of the marriage. Generally, the groom wears no jewellery.

Finally the wait is over and here the day comes when they both unite and officially to be called as husband and wife. Usually, the meitei weddings are held at the bride’s place. The place, undoubtedly, is spectacularly embellished with scented flowers and sparkly lights. The whole joy and wedding ambience are set up for the celebration.

Beginning on, with the arrival of the groom and his family members, they are greeted by elderly females of the house in a traditional way of betel leaves and betel nuts on a plate covered with banana leaves.

The wedding mandap (a place where the bride and groom sits and all wedding rituals occur) is set up around the tulsi or basil plant and the whole wedding process is centred around the tulsi plant. The traditional wedding mandap consists of sandalwood paste, betel leaves, and betel nuts on banana leaves. The hymns are sung and dances are performed.

The groom sits in the mandap and the priest enchants the prayer. After this bride enters the hall by throwing rice and lighting deoti, a torch made from bamboo, both sit together and other rituals are performed.

Nat-Sankirtana is performed in which the sacred fire is lit and mantras are recited.

The bride and the groom sit together, put their hands on each other’s hands and the mother binds it with kushrundju (thread made from plants).

With the previous ritual continuing, the two women from both sides of the family release a pair of taki fish into the water, symbolizing the bride and the groom. This ritual is known as Meetam-Nga-Thaba. This ritual is believed to bring good luck in future.

The ritual Lei-Koiba is performed in which the bride walks around the groom with a brass pot of water and showers flowers after each round. After that, the couple exchanges their garlands and take saat pheras around the tulsi plant during which kirtan is sung and shehnai is played. The couple is now declared as husband and wife. And at last, the invitees enjoy the lavish delicacies of the Manipuri Wedding.

After this, Kangsubi Lannabahe ritual takes place in which the bride bids goodbye to her parents i.e. the Vidaai ceremony and the newly-wed enters their new home and feeds each other Kangsubi (sweet made of sesamum) to signify their love for each other.

One of the important post-wedding rituals called Phamnando is done in the groom’s house. In this tradition, the bride takes one single and one double bed to her new house. The bride’s uncle places his hand on the single bed and offers blessings to the bride to have a happy and fertile life ahead. The bride sits on the bed and the other elders of the house bless her.

Since we all know that Manipuri weddings are usually organised at the bride’s place, but you can throw a party or celebrate your happiness at the best resorts. Being the most important moment of life you are obviously looking for the venues to celebrate. Here is the list mentioned below-

If you are looking for budget-friendly venues, grab a look here- 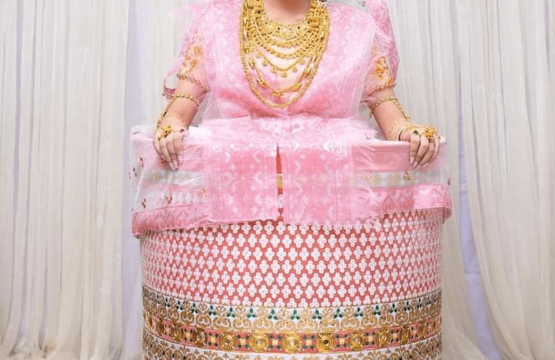 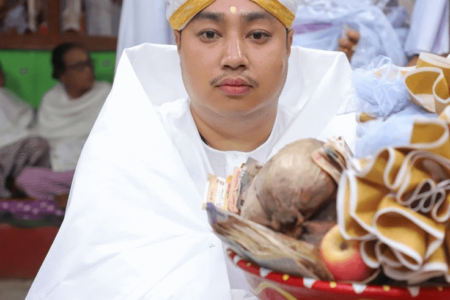 So far it is known that Manipur is a rich state in terms of flora and fauna, and the ethnicity and traditions… 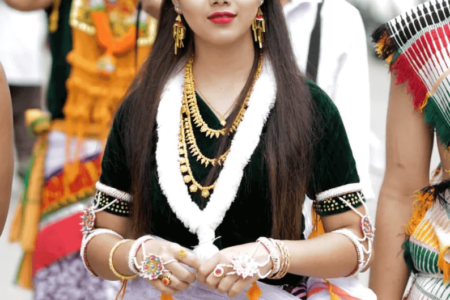 Manipur is a rich state either in terms of land or culture. As the state reflects its beauty in its dense flora… 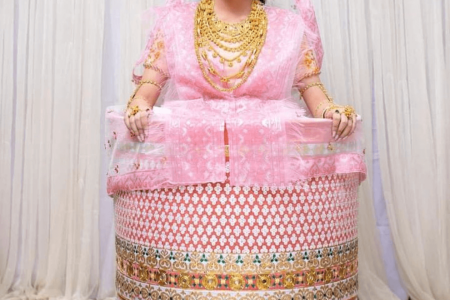 Every Indian wedding is truly bound with the customs of their community. And the beauty lies in the way they showcase their…