Weddings are the auspicious occasion when two souls unite to spread colours and happiness in each other’s life. They are not only mesmerising for the couple but also for the family members.

Sikh weddings are a reflection of the prestige they find in their culture and personal choice. They usually gather their focus on interpersonal moments between the family members and the couples. Let’s learn a bit more about Sikh wedding traditions.

Every wedding begins with the consent of the parents and their blessings. The event roka marks the union of the bride and the groom and their families and friends. So, roka is the very first step of the Sikh wedding where both families meet at the bride’s home and show their approval. They exchange gifts, clothes and sweets as a token of love.

Thaka is a word which means set the date. In this ritual, an auspicious time and day for the wedding are fixed with the consent of both families.

Kurmai is the engagement ceremony in the Sikh wedding. It is either held in the groom’s house or Gurudwara in the presence of close family and friends. The ceremony starts by offering a small prayer (Adras) after which the groom’s sisters put a palla (a wedding scarf) around the groom’s shoulder. The bride’s father puts a handful of dry fruits into his palla and puts a kara or bangle on his wrist and a Kripan, (a Small Knife as a symbol of the Sikh’s Heroic Heritage.

The bride’s father applies tilak on the groom’s forehead. They exchange gifts and sweets. The couple ties the knot by exchanging rings and invitees are served food and drinks.

The bride’s family sends shagan or gifts to the groom’s family. The shagan is gifted in beautifully decorated trays and usually includes dry fruits, sweets, fruits and clothes.

In mehendi, intricate designs of henna paste are applied on the bride’s hand and her feet. The female members of the family also apply henna paste on their hands. The Groom also applies some henna paste designs on his hands. This is an all-time favourite ritual for the ladies.

The Chooda ceremony is celebrated in the bride’s house. Chooda is a set of red bangles which is gifted by the bride’s maternal uncle. It is bathed with milk and rosewater. People touch chooda and give their blessings to her future married life. The bride then wears the bangles, and a cloth or shawl is wrapped around them so that she can see them directly on the wedding day. After that, the umbrella-shaped metallic ornament called kalire is tied to her hands. The bride moves her kalire over the head of unmarried friends and relatives. The kalire falls on whoever is considered the next one to be married.

Maiya is popularly known as a cleansing ceremony. The turmeric paste is applied on the couple’s whole body and the oiling of hair is done separately at their respective homes. The traditional songs are sung and a red cloth is held over the couple’s head by the female members of the family.

In gana, a sacred red thread is tied on the bride’s left wrist and groom’s right wrist in a belief to bring prosperity and protection from evil throughout life.

In Vatna, a paste of turmeric and mustard oil is applied all over the body of the bride and the groom by their friends and relatives. This brings a glow to their body and traditional songs are also sung. After this ritual, the couple is restricted from meeting each other before the wedding day.

In this ritual, the bride and the groom’s sisters-in-law bring holy water from the Gurudwara and the couple has to bathe with this water.

In jaggo, the relatives of the bride and the groom go to the houses of their friends and family dancing and singing folk songs. They carry decorated pots with diyas on them. It is a loud ceremony at Sikh weddings.

A handful of cash is waved around the bride and groom’s heads for good luck. Surma is applied to cast away the evil energy that may surround the couple.

Nowadays, heavily embroidered lehengas are gaining popularity among Sikh brides. Though the traditional colour is red, they can go with many different colours. A dupatta with intricate designs of thread and stone is in fashion.

The traditional wedding attire for the Sikh groom is a kurta over which they wear an achkan or long coat. An achkan is made of premium fabrics like silk and is heavily embellished. Nowadays grooms choose sherwanis with intensive embroidery and threadwork as wedding attire. The achkan or sherwani is paired with a Churidar Pyjama and footwear called jooti. He wears a turban or headgear on his head and decorates himself with a sword on one side.

As the groom, all dressed up in his wedding attire, he and his invitees proceed towards the gurudwara where they are greeted by the bride’s family. It is the exciting part for both families who are about to unite. The baraat dances and sings along the way to the venue.

Milni is the formal introduction of family members of both sides with the exchange of garlands. A small photo session is also done here.

Jaimals is a beautifully made garland of flowers. The couple exchanges these garlands marking the beginning of the journey of divine love. Later on, the guests of both families tease each other and enjoy the wedding.

Anand Karaj, the main wedding event, is a celebration of the union of the family and the love of the couple. To begin this event, the priest enchants the holy book- Guru Granth Sahib meanwhile all the guests and the bride and the groom are seated. Kirtans, the song recitations of shabads are sung. After this, the bride’s father performs the palla rasam in which he would take one end of the palla of the groom and give it to his daughter to hold.

Laavans are the marriage hymns and the most important part of the ceremony as it unites the couple together through religious prayers. The Ragis or Sikh musicians recite 4 laavans. On every laavan, the couple takes a round around the Guru Granth Sahib with the groom holding his Kirpan (sword) and leading the bride. This is called pheras. It is done in front of the sacred fire. The vows are taken on each pheras to seal their marriage union. Once the couple completed the pheras, the groom applies sindoor to the bride’s hair partition and puts a beaded necklace, i.e. mangalsutra around the bride’s neck. After that, they take the blessings of the elder members of the family by touching their feet.

Karah prasad i.e. a ceremonial sweet is distributed among the guests. A fun tradition called joota chupai is also performed in which the sister and cousins of the bride steal the groom’s footwear and demand money to return it to him.

In the end, the lavish feast is served in the langar hall. The bride and the groom eat for the first time as husband and wife.

Vidai is the departure of the bride from her parental house. She bids goodbye to her family and friends and conveys her love and good wishes to them by throwing a handful of puffed rice over her head. This is an emotional moment for the bride and her family members. Her brothers/cousins escort her to her husband who is waiting to take her to their new home.

The newlyweds are welcomed at the groom’s house by his mother. This ritual is done to celebrate the couple and bless them for their new journey.

A grand celebration with a lavish feast is organised by the groom’s side. Friends and family members are invited and some fun games are also played to add fun to the celebration.

After the reception, the newlyweds visit the bride’s parents. In this ritual the brother of the bride usually escorts them. 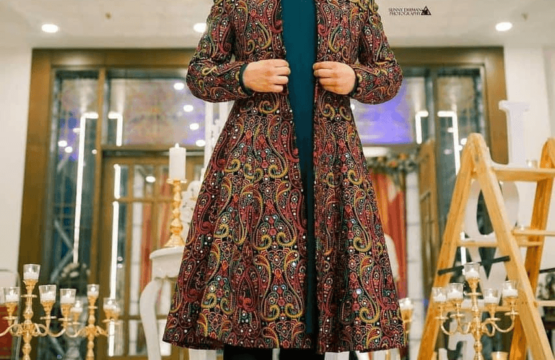 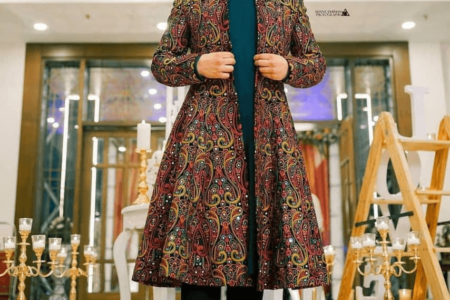 Well, who agrees that weddings are less than a festival? With all the preparations and the rituals involved, weddings are one of…